Many of you know that outside of writing (and the devilish EDJ), I have a side gig as a  reviewer. This is because I love to read—like LOVE it. When I’m not writing or plotting or being bored to tears at work, I’m reading. It’s that time to get away and escape into whatever worlds and lives I can become completely enraptured with. Not all stories meet my mark of memorable, but that’s the life of a reader/reviewer. That being said, I never give  up.

That being said, I wish I had more hours in the day. My range of genre is plenty expansive so my TBR is vast. So today, I’m going to share the books I’m looking forward to reading soon. Maybe if I share it, I’ll make myself tackle the TBR.

Up first in the stacks of my Kindle library: 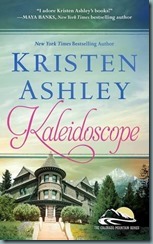 Sexy, gifted, and loyal, PI Jacob Decker is a tall, cool drink of perfection who had Emmanuelle Holmes at “hello.” His relationship with Emme’s best friend kept them apart for years, but things have changed. Now that a case has brought him to Gnaw Bone, Colorado, the road is wide open for Emme and Deck to explore something hotter and deeper than Emme dreamed possible. So why is she sabotaging the best thing that’s ever happened to her?

It isn’t easy to catch Deck off guard, but Emme does just that when she walks back into his life after nine long years. The curvy brunette had her charms back in the day, but now she’s a bona fide knockout . . . and she wants to rekindle their friendship. Deck, however, wants more. Emme’s always been the one; she excites Deck’s body and mind like no other woman can. But a dark chapter from Emme’s past overshadows their future together. Now only Deck can help her turn the page-if she’ll let him . . .

(side note: this is the sixth book in an m/f series I’ve been working my way through. I love this author)

The Winter Spirit by Indra Vaughn

Nathaniel O’Donnelly likes his life quiet, his guests happy, and his ghosts well-behaved.

Although a boyfriend wouldn’t go amiss. Someone to share his beautiful B&B with, even if it is in the middle of nowhere and he’s long past the wrong side of thirty. Problem is, Nathaniel’s living with a ghost who thinks he’s cupid, and whose arrows fly a little too straight.

Gabriel Wickfield had the unfortunate luck of dying before his time, and now he’s stuck trying to make romance happen to earn his right to move along. Not that he’s bored in the meantime—Nathaniel is just too easy to tease. And also a little bit scrumptious…

With the curse reaching its expiration date, Gabriel needs to make a final match this Christmas. Without it, nothing but darkness awaits.
Love can conquer all, but can it beat death?

The Falling by J.C. Owens

Once a proud warrior, now a demon’s whore. 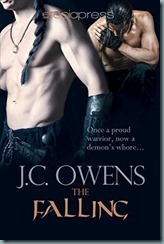 Brenaith had once been a warrior of renown, companion to the King of Artepia. Now he suffered in captivity as a demon’s whore, his country overrun by a race his people had not believed existed. Driven to the edge of madness by his tortures, the final blow comes when his master, a demon lord, gifts him as a blood servant to a Shadow Knight, Shaynith-una, a monster of legend that destroys even souls. Brenaith does not expect to survive the bonding by Shaynith-una, who is rumored to hold divine blood and is held in awe by other demons.

But with time he begins to see Shaynith-una as more than the monster he is reputed to be. The knight is a demi-god. Half demon god, half elf, the son of rape and darkness, mind taken and molded by his demonic deity father. And Brenaith’s fate and hope are both bound to Shaynith-una for good or for ill.

Can Brenaith break Shaynith-una’s conditioning and discover what and who really lies behind the knight’s facade…or will darkness always rule?

(I pretty much devour any and everything this author writes.)

How to Howl at the Moon by Eli Easton 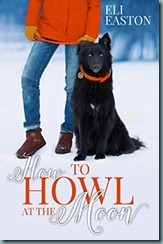 Sheriff Lance Beaufort is not going to let trouble into his town, no sir. Tucked away in the California mountains, Mad Creek has secrets to keep, like the fact that half the town consists of ‘quickened’—dogs who have gained the ability to become human. Descended on both sides from Border Collies, Lance is as alert a guardian as they come.

Tim Weston is looking for a safe haven. After learning that his boss patented all of Tim’s work on vegetable hybrids in his own name, Tim quit his old job. A client offers him use of her cabin in Mad Creek, and Tim sees a chance for a new start. But the shy gardener has a way of fumbling and sounding like a liar around strangers, particularly gorgeous alpha men like Sheriff Beaufort.

Lance’s hackles are definitely raised by the lanky young stranger. He’s concerned about marijuana growers moving into Mad Creek, and he’s not satisfied with the boy’s story. Lance decides a bit of undercover work is called for. When Tim hits a beautiful black collie with his car and adopts the dog, its love at first sight for both Tim and Lance’s inner dog. Pretending to be a pet is about to get Sheriff Beaufort in very hot water.

(Yes, yes… I do happen to know that I’m quite possibly the only person in the world who has not read this book yet, but I bought How to Walk Like a Man, book two, so I need to read this first

Take a walk on the dragon side!

On her 25th birthday Emma Montrose decides it’s time to show bad boy investigator, Jack Sullivan, she’s more than an efficient secretary. She’s a woman with needs, and she wants him.

Jack is a taniwha, a dragon shifter, who requires women to satiate the sexual demands of the beast within. Casual and nothing more is his operating procedure. Voluptuous Emma has relationship written all over her, and Jack intends to keep far, far away, especially during the coming blue moon, which will erode his restraint. Then work forces the reluctant Jack and ecstatic Emma undercover as a couple. Thrown together at a luxury resort to investigate a drugs case, pretense and reality blur generating hot sex laced with risk…

For a Dragon’s Touch by Charlie Richards 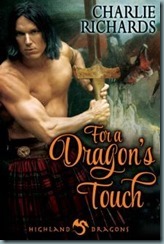 When men from the northern town of Brock come to Adencass, sharing tales of a dragon, Ian MacGree thinks it’s a ploy to get out of sending their share of support. His father, Chieftain Goth, sends Ian to discover the truth. Never does he think the stories of a dragon terrorizing the area would be true until he runs into Roark, who claims to be a dragon hunter. Ian’s attraction to Roark is almost instantaneous, but as the second son of the chieftain, romance has no place in his life, for his father plans to wed him to another to seal an alliance. But he’s not the only one with secrets. When he discovers Roark’s, will their secrets bring them together or drive them apart?

(If you know nothing about me, know this: I am 99% sure that a man in a kilt can fix anything.)

A foundling raised in a world of humans

Growing up, orphaned Josephine didn’t know who or what she was—just that she was “bad,” an outcast with strange powers. Her baby brother Thaddeus was as perfect as she was flawed; protecting him became her entire life. The day he was taken away began Jo’s transition from angry girl…to would-be superhero…to enchanting, ruthless villain.

A lethally sensual enforcer on a mission

A threat to the Møriør has brought archer Rune the Baneblood to the mortal realm to slay the oldest living Valkyrie. Whether by bow or in bed, he never fails to eliminate his target. Yet before he can strike, he encounters a vampiric creature whose beauty conceals a black heart. With one bite, she pierces him with aching pleasure, taking his forbidden blood—and jeopardizing the secrets of his brethren.

A boundless passion that will lead to sweet ruin…

Could this exquisite female be a spy sent by the very Valkyrie he hunts? Rune knows he must not trust Josephine, yet he’s unable to turn her away. Despite his millennia of sexual conquests, he can’t ignore the unfamiliar longing she arouses deep within him. When Jo betrays the identity of the one man she will die to protect, she and Rune become locked in a treacherous battle of wills that pits ultimate loyalty against unbridled lust.

(No. It doesn’t come out until December. Yes, I’m dying to read it. Yes, I’m lucky enough to already have it.)

A Gentle Kind of Strength by Kendall McKenna 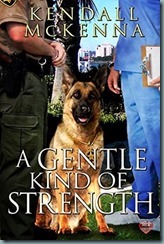 A police K9 handler believes he’s lucky when a romance starts with the local veterinarian, but then his canine partner is injured in the line of duty.

His obsession with a past tragedy blinds Ray to everything he has with Damien. When Harley is injured on duty, his life is in Damien’s hands. As Ray sits vigil, he has one final chance to allow Damien in all the way, or risk losing everything important, in a single night.

(Another author I devour. This is my current read, btw.)