I’m the worst blogger in the history of blogging. I do know this. But here is a quickie update.

Some people might call Avery Babineaux a prick. He’s a hedgehog shifter from an old money Louisiana family with a penchant for expensive shoes and a reputation for being a judgmental snob. His attitude is why he and his fated mate are estranged. Not that Avery cares. He doesn’t want to be mated to some blue-collar werewolf anyway. Or so he keeps telling himself.

No werewolf likes to be looked down upon, least of all Dylan Green. He doesn’t need a mate, especially not some snotty hedgehog who sneers at his custom motorcycle shop and calls him a grease monkey. But when Avery gets into trouble with a shady loan shark, Dylan can’t stand by and let him be hurt—whether he wants the brat or not.

Yet once Dylan steps into Avery’s world, he realizes it won’t be so easy to walk back out. There’s more to Avery than his prickly exterior and that unexpected vulnerability calls to Dylan’s protective instincts. Not to mention Avery’s habit of landing himself in hot water. The sassy little hedgehog needs a keeper, and despite their horrible first impressions, Dylan starts to believe he just might be the wolf for the job.

So that’s the first quarter of my 2015. I have the beginnings of a couple of stories in the wings for the second quarter.

2014 was an amazing year, one I’m not likely to forget anytime soon. It was also a year of firsts for me. 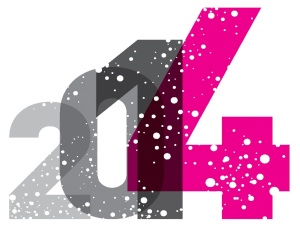 1. I PUBLISHED THREE BOOKS!!!! My first published work came out in June, but even before that was the first editing process. And for those of you who’ve ever had the pleasure of going through it, you know what an experience it is. I was blessed to have not one but three published works: Son of a Fish, Never Leave (part of The Project Fierce Chicago anthology), and Hummingbird House. I found two of the best publishing house (or should I say they found me): Dreamspinner Press and Less Than Three Press, without whom, I could not have done any of this without them.

2. The Readers. Ohmigod!! You guys are freaking awesome! I never in my wildest dreams imagined that people would find something I did or wrote or said so profound. Nope. Not me. Yet you have accepted me and encouraged me and loved me from day one. I am blown away by your support every single day. Thank you so so much!! You’ll never know what you mean to me.

3. Finding Friends in not so low places. Have you ever just met someone and known they were meant for you? I mean we read about it all the time–it’s part of why we read and write what we do–but who knew it happened in real life? Well, it does. And to me it happened four times in one year. I won’t go into detail, but if you were at GRL at all, you saw all five of us together (probably more than once).

4. CHICAGO!!!!! Okay, ladies and gents, if you’ve never been to Chicago, you have to go at least once in your live. This was my first year at GRL and I had my lovelies to share it with. I also spent a day out on the town (well on the water) in the city. It was amazing! So two things: Go to GRL and go to Chicago. *nods*

I’ve learned so much this year. Met so many people who I have encouraged me and loved me through my highs and lows. Without knowing it, 2014 became the first stepping stone in what is hopefully a long journey ahead.

As 2014 was a year of learning and pressing forward, I’m hoping 2015 will be equally as challenging. I love a good challenge. So here are a few of my goals for 2015.

1. Write, Write. Write. Some of you also may know that I have a side gig as a reviewer for Joyfully Jay. I love it. I actually owe a lot to Jay for finding me and the encouragement she gives me. Reading and reviewing have done so much for me in terms of discovery and craft. I found my voice there. That being said, I’ve cut back the number of books I will be reviewing this year so I can focus on writing. I love to write and now I’ll have a little extra time to do so. Besides PB with Piper, I have at least four more stories (two novels and two novellas) I am planning on finishing this year. I’ll keep you informed.

2. Meet Deadlines. These are real things–deadlines. Some of you may or may not have heard, but one of the most amazing things to happen to me this year was starting a project with one of my idols:  Piper Vaughn. I am beyond thrilled about the story and the characters and the world that we are currently living in. And I say living because we are literally there every single day as we have a deadline coming up. My first. It’s daunting and scary, but it’s also motivating in ways I never expected (as is working with Piper). So Goal numero uno: Meet Deadlines.

3. Read. Read. Read. I am a reader first and foremost. Some authors don’t read. I get it. But it’s where I found myself. I love to read and I love this genre. I love this community. Discovering new authors is part of what I love.

4. Keep Learning. I said earlier that 2014 was a year of learning, and it was, but I love to learn. I have been lucky enough to be mentored by some of the greats in this genre and I thank my lucky stars every single day for it. Without them I would not be where I am. Still, I have a long way to go. I probably always will. So I continue to read, study, and grow. I’m okay with that.

5. San Diego. I attended GRL 2014 in Chicago this year. It was one of my firsts and something I will never forget. It was everything I’d hoped for and more. So yes, GRL 2015 is on my to-do list. I’ve never been to San Diego, but I’m told by Rhys Ford that the food is amazing. I’m looking forward to finding out. I have not yet decided if I want to go as a reader or author, but either way it’s bound to be a blast.

Hmm… I think I’m gonna go with those five. If those goals are met and can be grown and multiplied, I’m totally okay with that as well. Either way, I’m looking forward to 2015 and all it holds.